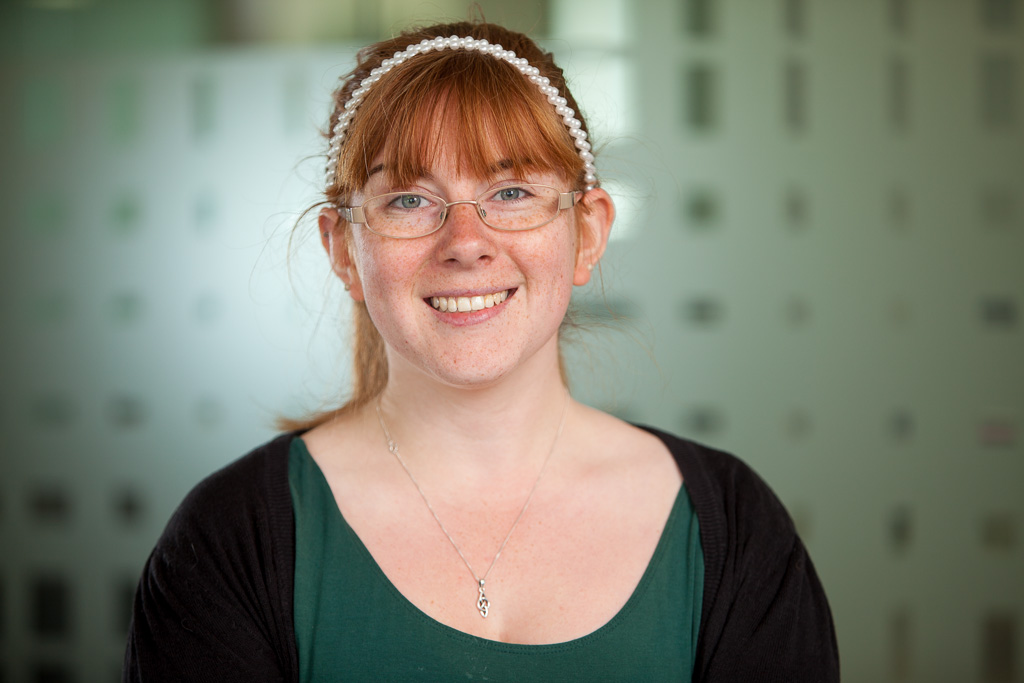 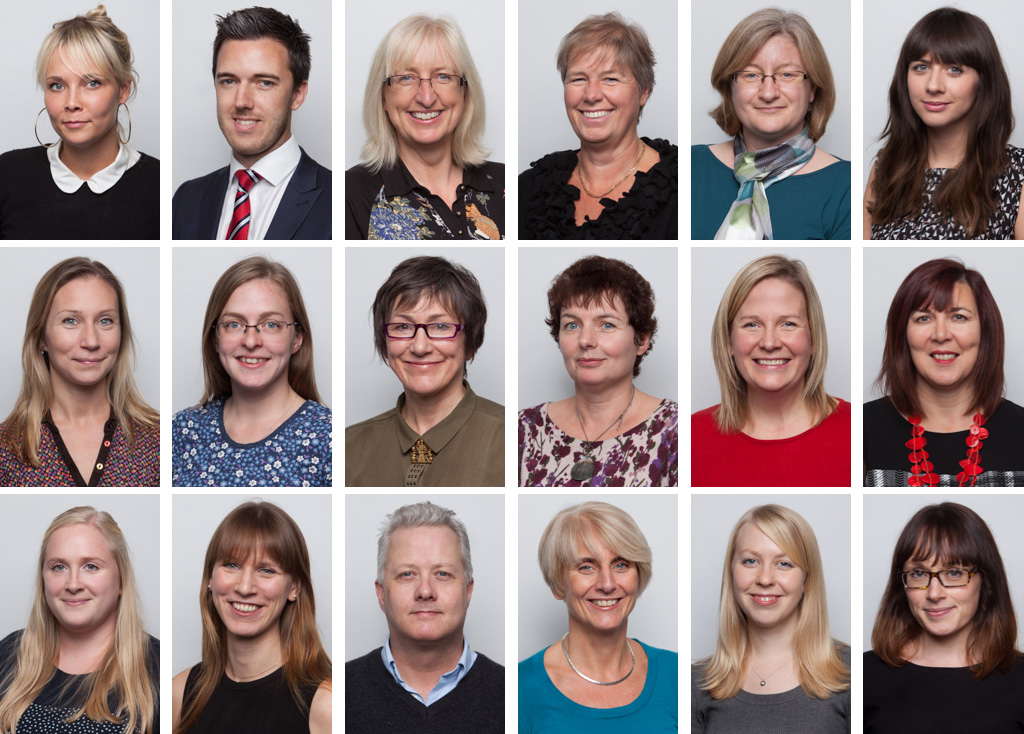 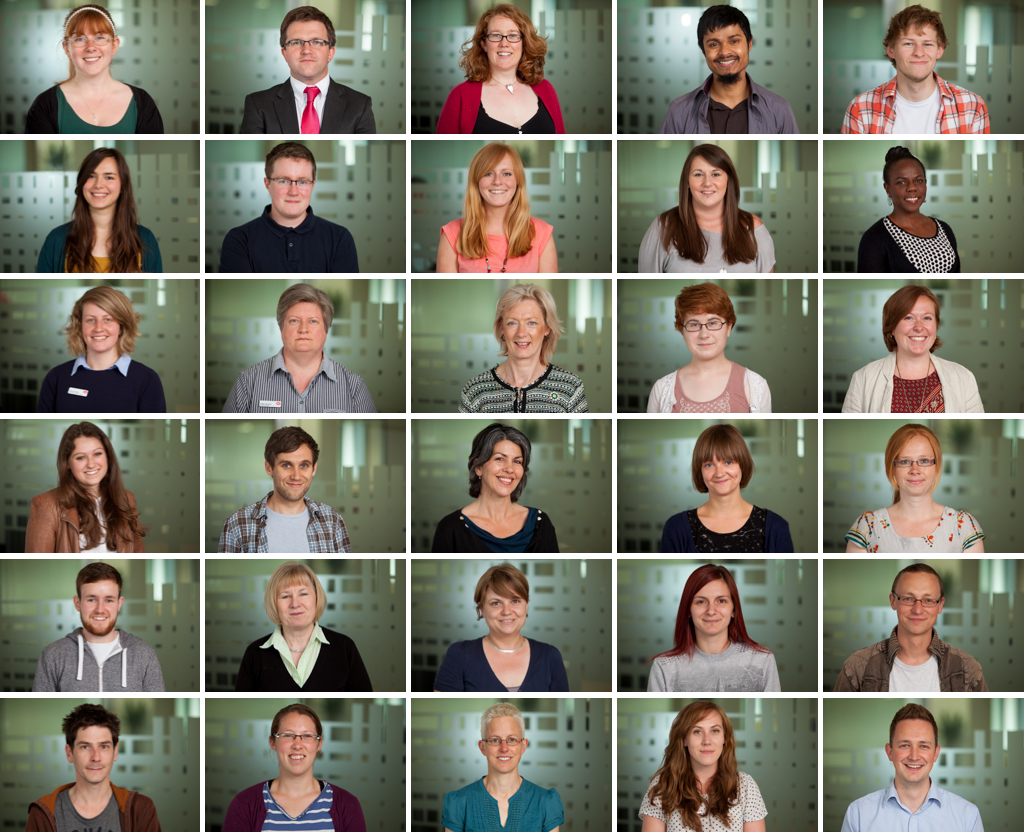 I’ve been involved with the University of Bristol Students’ Union (UBU) for nearly 8 years – initially as a student at the university then on and off for the last 4 years providing my services as a photographer. Which I think must make UBU my oldest and most longstanding client!

Anyway, a month or so ago I was asked to provide a set of publicity portraits of the new incoming Sabbatical Officers – a group of 6 students or recent graduates, voted for by the rest of the student body, who take a year out to run various aspects of student representation full time within the Union.

The brief was simple – a head and shoulders studio shot of each officer on a plain white background, then another portrait for each in a different locations around the university campus. Then a few group photos of all 6 together with differing levels of formality. There was no need to compose the shots for any specific layout or leave space for type, the only real constraint was time – the 6 had only started their jobs a week before and were fairly flat out getting everything moving. We had just 2 hours to shoot both individual portraits for all 6 and the group photos. 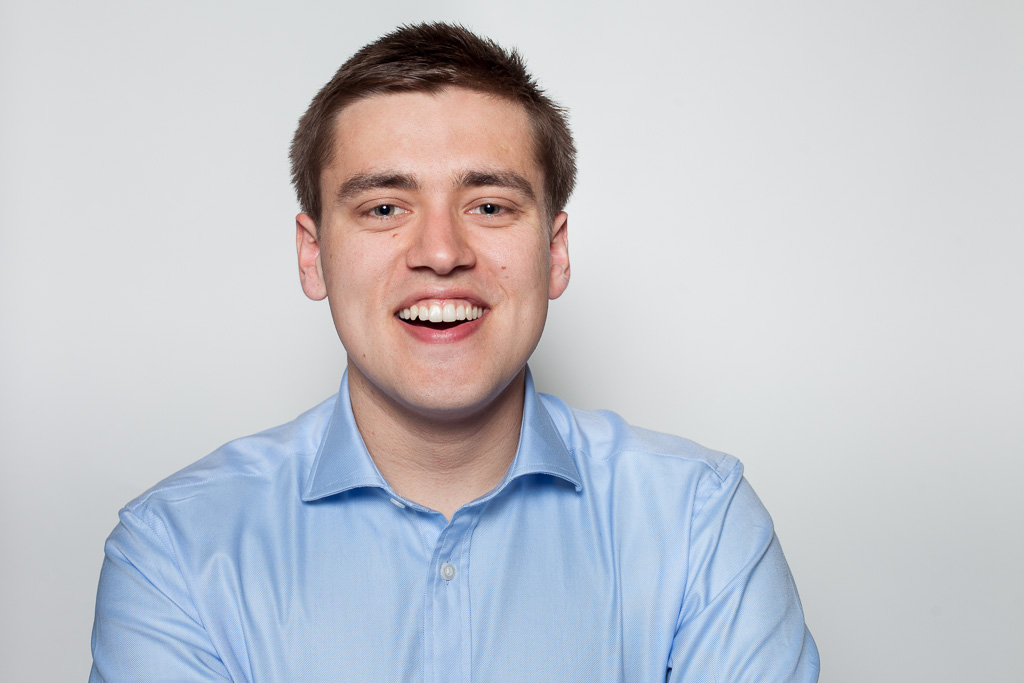 First up were the studio photos – they were likely to take the longest to set up, as I had to assemble the backdrop and lighting, but once everything was in place they’d be the quickest to shoot as nothing would really change between each subject and they could nip in one after the other in quick succession.

The lighting itself was dead simple – a narrow roll of white paper and a single flash in an umbrella directly in front and above the subject – I’ve actually got this set up so minimal the entire kit can be easily packed up and carried on my back along with the rest of my camera gear! (Fantastic as it means I can cycle to local jobs rather than having to deal with any other forms of transport – ideal in Bristol.) 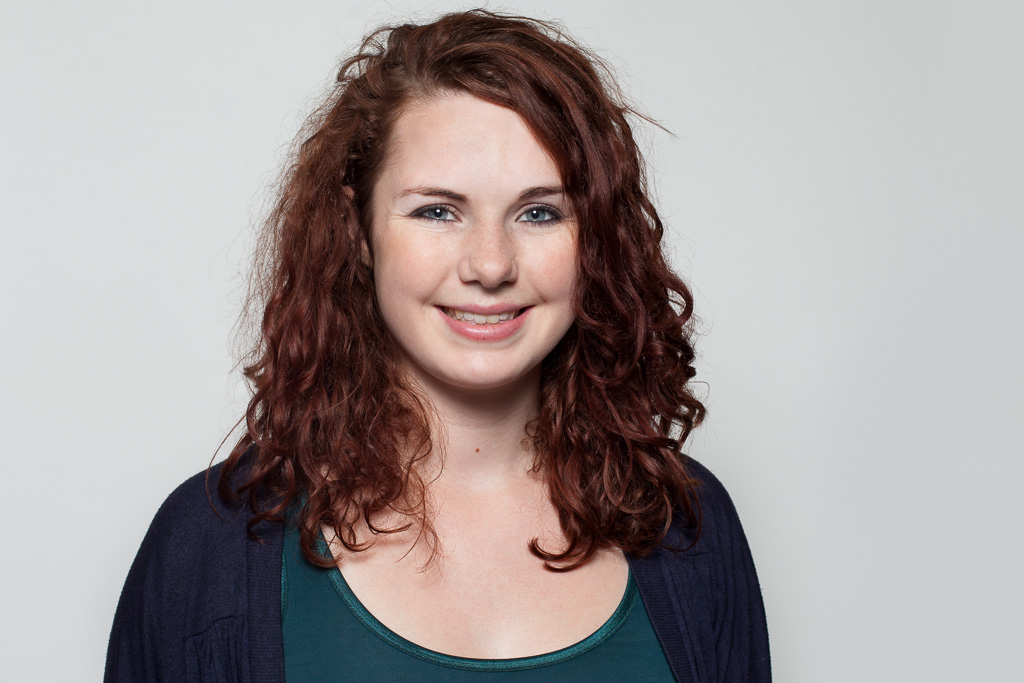 A lot of people hate having their photo taken and, when there’s not really time to spend a while getting your subjects warmed up to the camera, I find that a good trick with a group like this is to pick on the most confident first. They’re the easiest to get a good photo from and you can then show the others so they realise they’re going to look great and it’s really not the terrifying ordeal they might think its going to be! In this case Rob, the new President, was the obvious target. After seeing him grinning out from the back of the camera the others had no problems jumping in for their photos.

Once we were done with the studio it was on to the location portraits. For each of the Sabs I’d tried to find locations that were both recognisable as within the University and reflected something about their role – some were definitely more tenuously linked than others, but I think for the most part I managed! 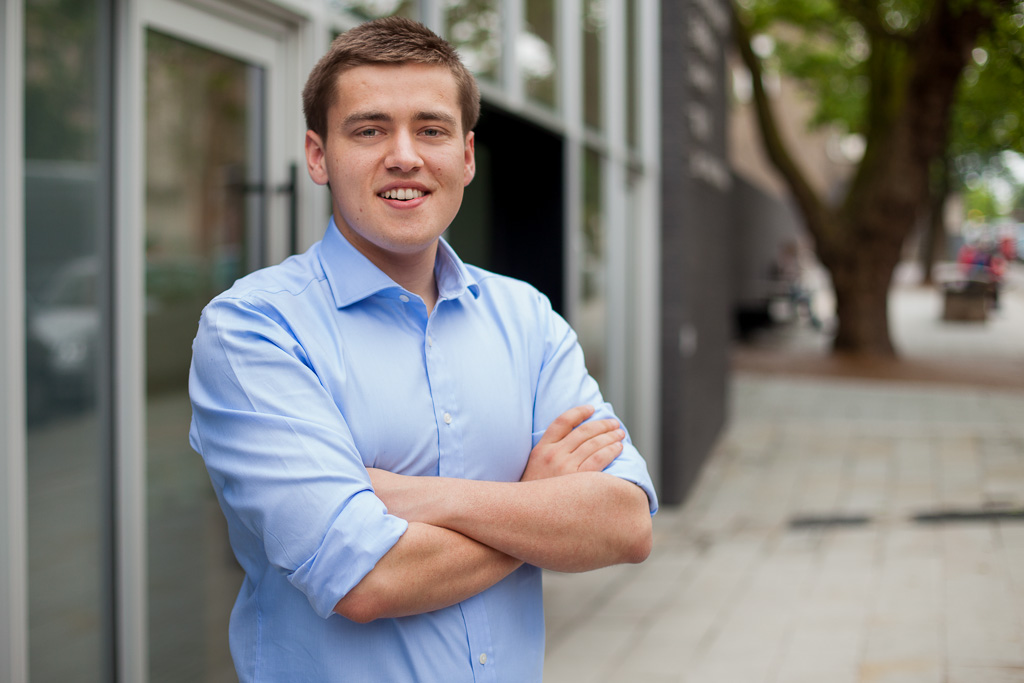 Again Rob was first up. This time because, as UBU President, I wanted to photograph him with the Union building itself as a backdrop and that meant we had to travel no further than just outside the front entrance. 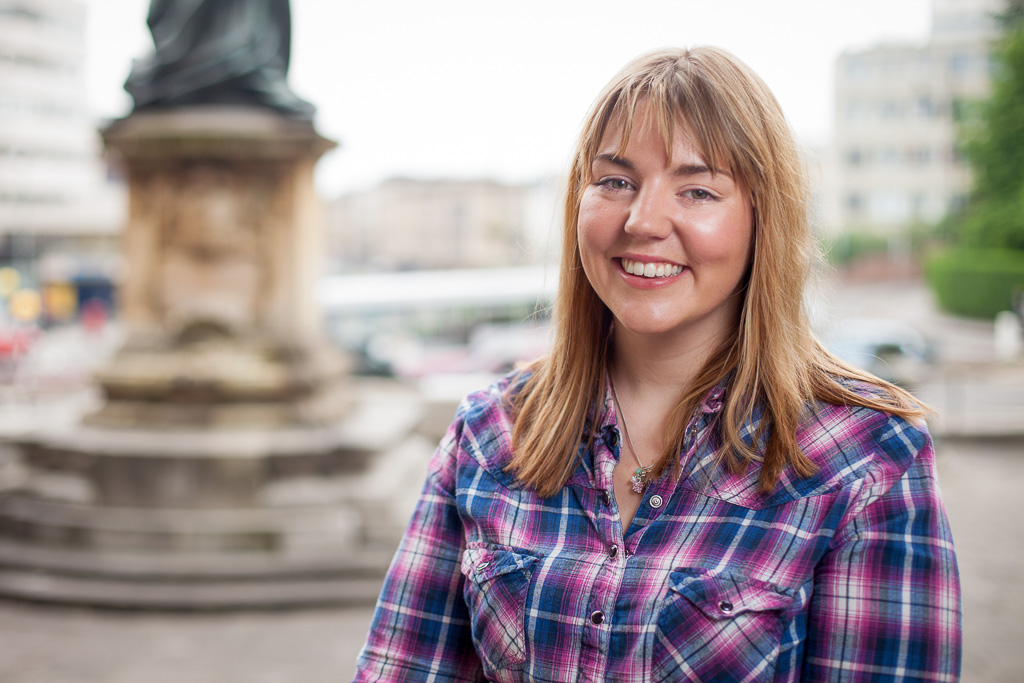 Next was Ellie Williams, VP Community, who I placed with the distinctive Victoria Rooms fountains and the Triangle beyond to give a connection with the city itself. (It’s actually a backdrop I’ve used before for a portrait that was part of a campaign with Bristol Entrepreneurs – I might have to dig those out for a future blog post from the archives!) 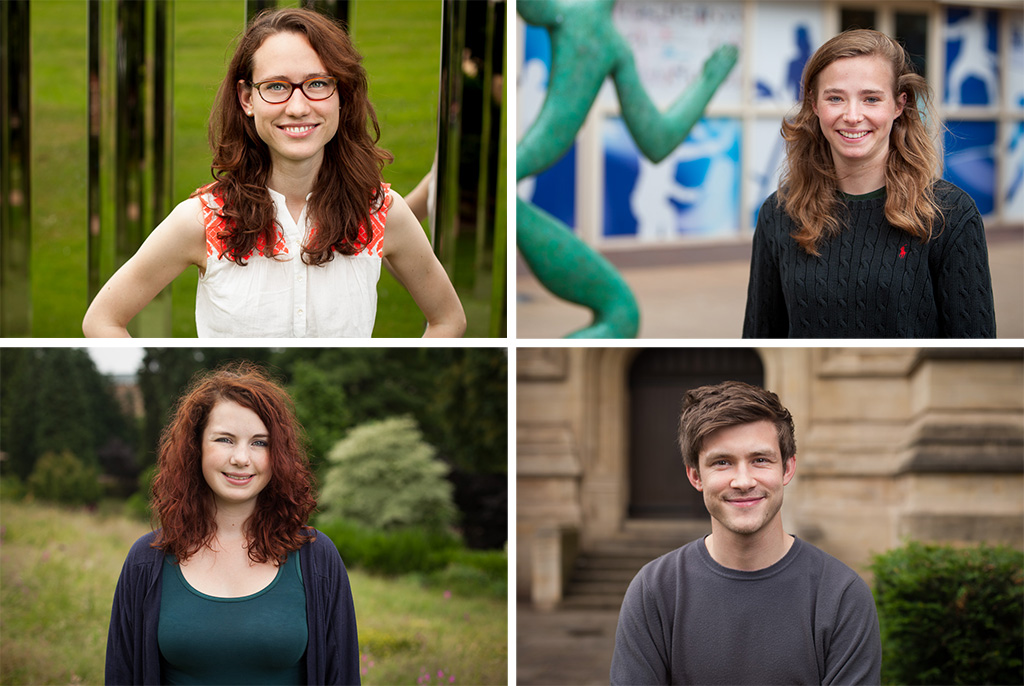 Hannah’s role as VP Sport & Health made the University Gym an obvious location for her and as VP Education it made sense to have Tom Flynn outside the Wills Memorial Building – the University’s oldest and most well known structure. Alessandra I photographed in front of an art installation of mirrors in Royal Fort Gardens – it’s an easily recognisable landmark within the campus and I liked the play on ‘reflection’ with her position of VP Welfare & Equality where one of her remits is to oversee the accountability of Union and student policies. (I did say some of the location connections were pretty tenuous!) With Imogen I have to admit I simply couldn’t think of another recognisable location within the University grounds that said ‘Activities’ – so instead we took advantage of another good angle in Royal Fort Gardens and just used that! 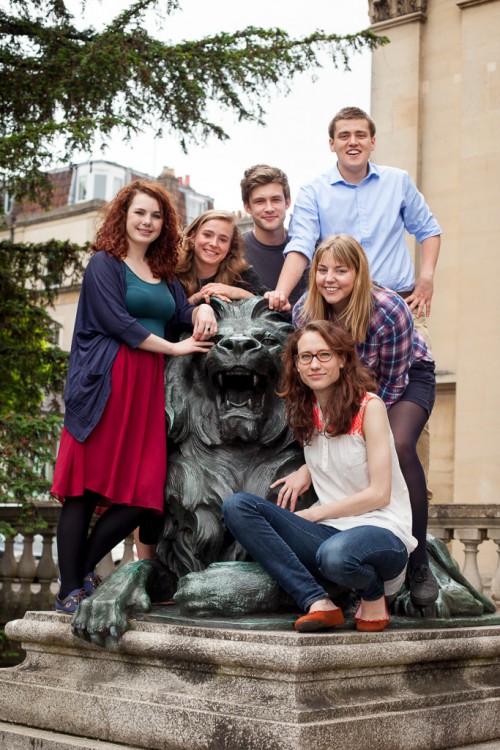 Finally on our way back to the Union I took several group photos in various locations – of which my favourite is the one above. Again in front of the Victoria Rooms – but facing in the opposite direction to the individual shot of Ellie I’d taken earlier.

I also couldn’t resist setting up this final shot with Rob appearing to be telling the others off for climbing the statue. I’m not sure it’s likely to be used by UBU – but the Sabs enjoyed taking it and if nothing else I think it sums them up as a group pretty well! 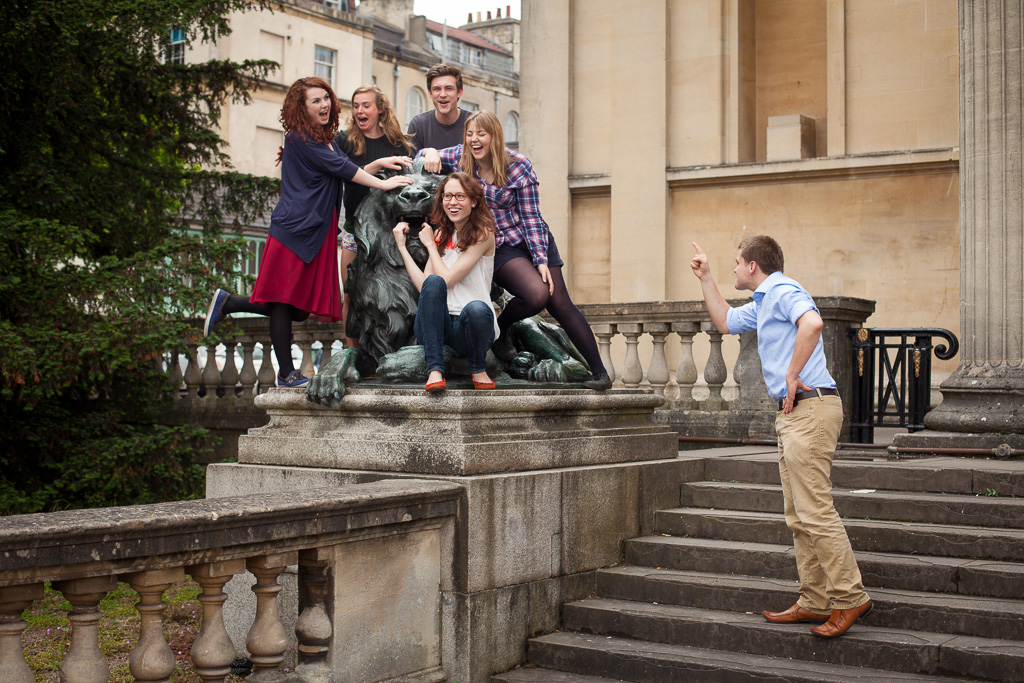 Edit: For the next year you’ll be able to see some of the studio photos as they were used on the UBU website here: http://www.ubu.org.uk/officers/ 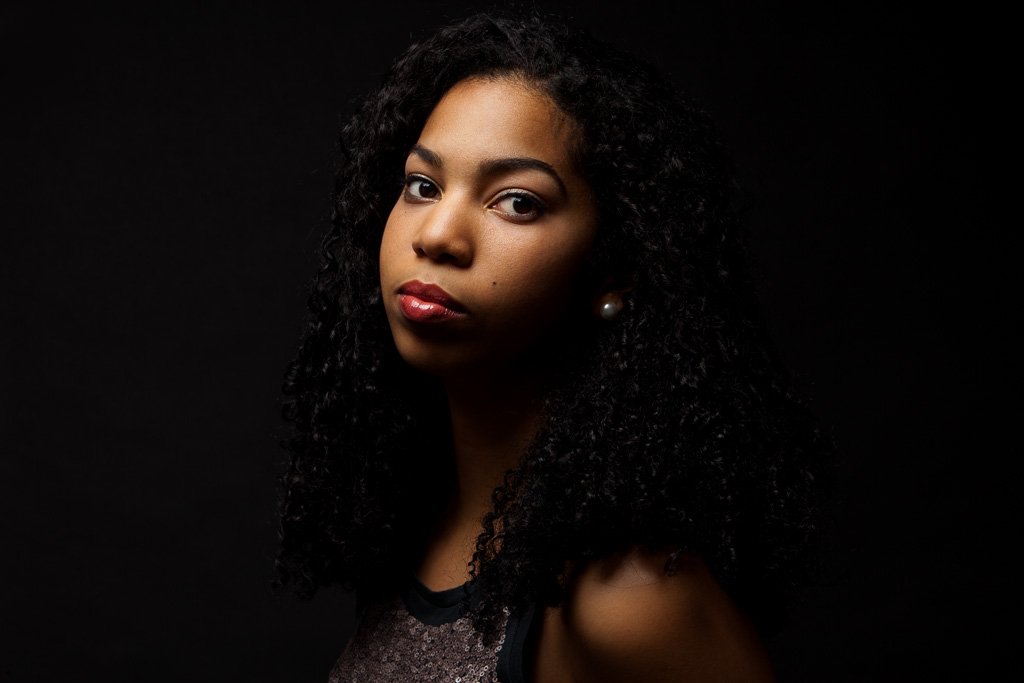 The other day I had a quick shoot with Kristen. She’s thinking about getting into modelling and wanted to have a few photos taken so she can start putting together a portfolio.

Now – I’m not a fashion photographer! As a portrait photographer I do pay vague attention to the fashion world and surprisingly (despite appearances – you’ll usually find me in a scruffy pair of jeans and a T if I can get away with it!) tend to have a fairly good idea of current trends. But when I make an image I’m far more interested in the people in my photos than the clothes they’re wearing and to be a fashion photographer you have to LOVE fashion – and I love people – that’s why I’m a people photographer!

However for Kristen, who’s just starting out and yet to really work out what area of modelling she wants to get into, a few clean and simple portraits were a perfect way to get the ball rolling and show people what she really looks like. Time was tight, we only had an hour and particularly when you’re new to being photographed it always takes time to warm up and really get into it, but Kristen was great and we went through a few looks in quick succession. These were the results! 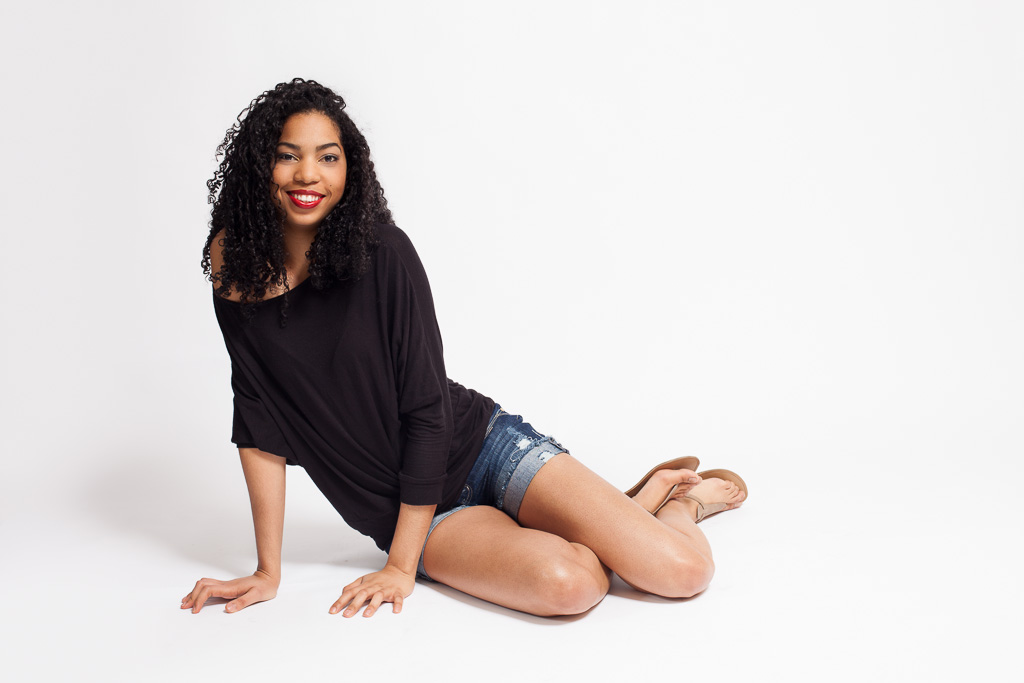 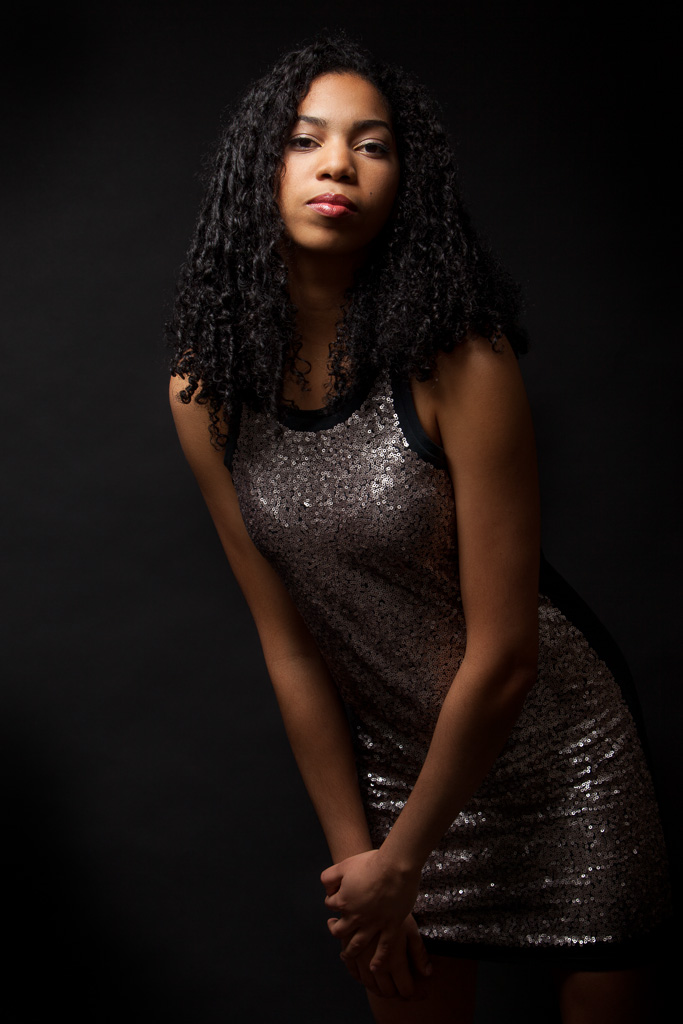 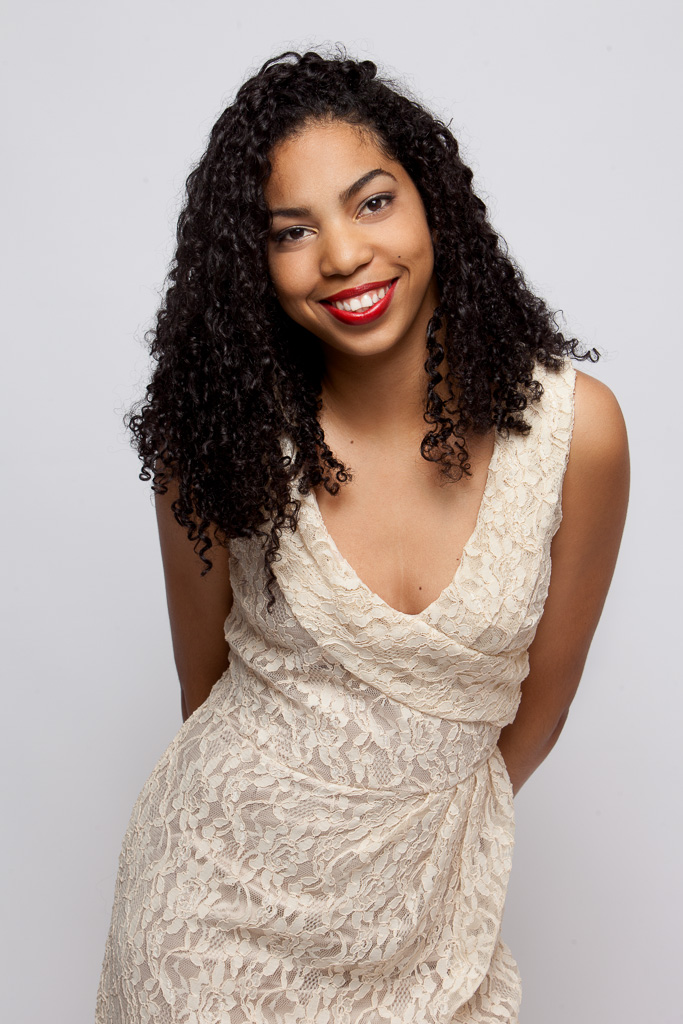